The Great UP Run - Sundown Race on August 11

NoWhereToGoButUP Foundation in partnership with RUNRIO Events Inc., presents the inaugural
The Great UP Run to be held on August 11, at the UP Diliman, Quezon City. Designed to be an
annual event, the race is set to kickstart the upcoming season of the University Athletic
Association of the Philippines (UAAP).

NoWhereToGoButUP Foundation will also stage a concert featuring homegrown UP artists immediately following the awarding of the winners of the run.

Read on the details below. 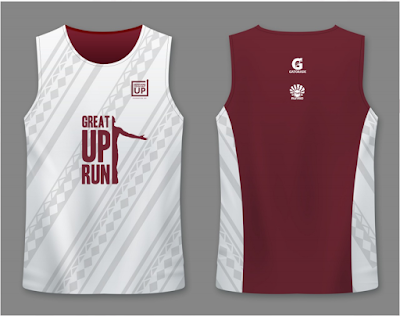 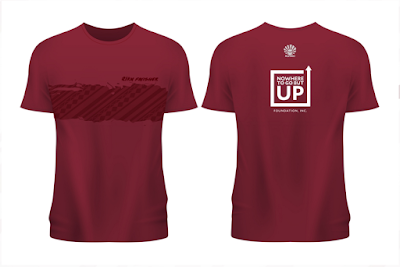 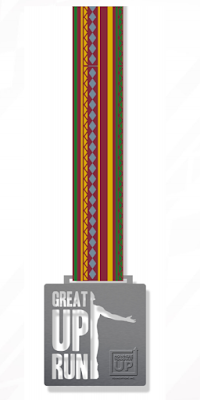 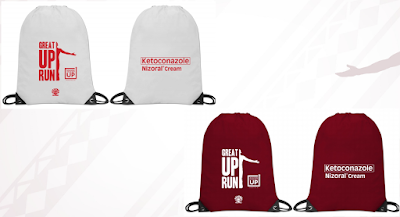 Posted by Speedy Titan at 10:54 AM No comments:

Email ThisBlogThis!Share to TwitterShare to FacebookShare to Pinterest
Labels: funrun, great UP run, run, running, the great UP run, UP, UP run 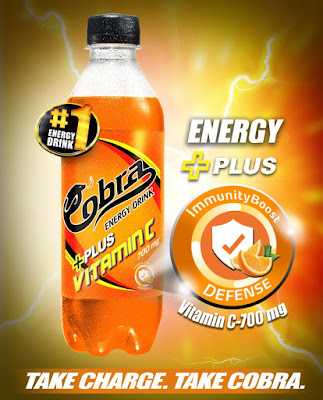 MANILA, Philippines (January 2019) – In line with its commitment to foster innovation in its category and continue to be an icon of true Filipino strength, Asia Brewery Inc. launches Cobra +Plus Vitamin C.

Cobra +Plus Vitamin C Defense focuses on health and productivity as Filipinos today aspire to pursue and achieve more in a day. Packed with 700mg of Vitamin C and a delicious orange taste that makes the perfect combination to match your daily grind, this variant was developed with the satisfaction of Filipinos’ daily energy fix in mind.

This is the ultimate immunity defense in an energy drink bottle, served to strengthen the body for the daily hustle while one actively pursues its passion in the best health condition possible.

This is what Cobra Energy Drink is committed to be as they launch Cobra +Plus Vitamin C Defense – the perfect partner for every Filipino that assures they are in their best shape, as they pursue an active lifestyle.

“Earning the titles best-selling and number one energy drink is both a milestone and motivation for us. For years, we have continuously strived to cater to the market’s different energy needs and strived to be better at giving Filipinos the value they deserve. We continue to offer products that we believe can enhance their daily activities and, ultimately, add significant value to their lives,” Marketing Manager- CSD Dan Ong shares.

The country’s best-selling and number one energy drink Cobra has three other variants that serve the Filipino’s varying energy needs – Cobra Original and Cobra Berry for instant energy, Cobra Fit with ActivBurn technology plus L-Carnitine to burn calories and Cobra Smart with ginkgo biloba for instant brainergy.

Posted by Speedy Titan at 1:47 PM No comments:

Sharing the details of the upcoming 5th Endurance Weekend happening on September 30 to October 1. Read on below. 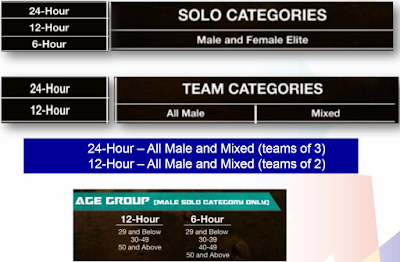 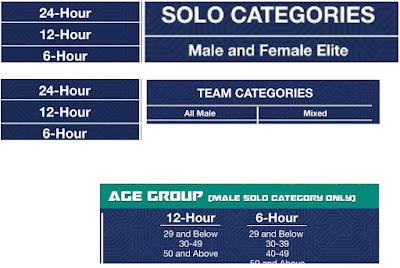 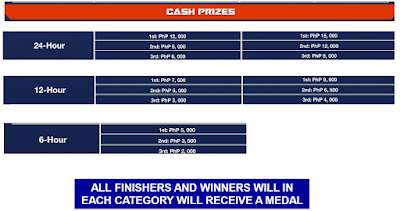 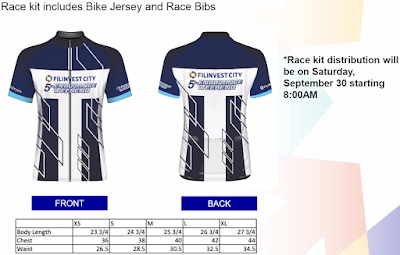 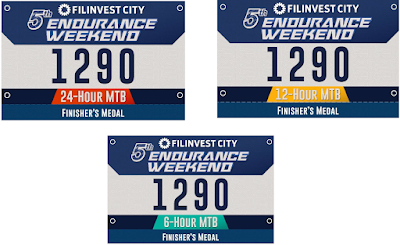 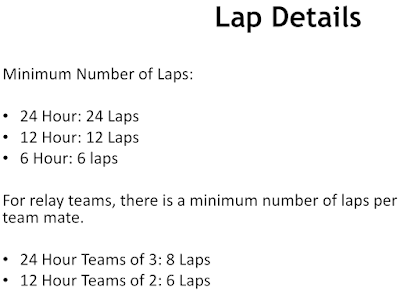 Elite and amateur mountain bike (MTB) riders can once again expect a thrilling and demanding race experience as the 5th Filinvest City Endurance Weekend makes its way on September 30 – October 1, 2017, at the Filinvest City Alabang.

The Filinvest City Endurance Weekend, first staged in 2013, is an exciting two-day MTB event unlike any other as it challenges riders– either in solo and team categories to push themselves to the limit in the 6-hour, 12-hour, or 24-hour race spans that are very much a test of skill, endurance, and strength.

That Filinvest City serves as the race venue has become even more relevant and fitting with the recent introduction of bike lanes and trails, the latter a feature that cannot be found in other CBDs. Already, bikers of all backgrounds are taking advantage of these amenities, not only on weekends but also during the work week, making Filinvest City a true bike-friendly CBD.

Apart from an exclusive medal for all finishers and winners, generous cash prizes also await winners in the various the various race categories.

For more information on the Filinvest City Endurance Weekend and the accompanying registration fees and procedures involved, visit facebook.com/FilinvestCityOFFICIAL.
Posted by Speedy Titan at 11:43 AM No comments: 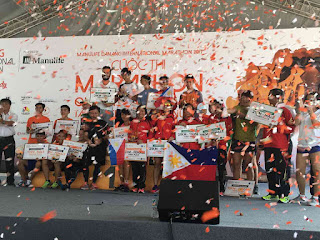 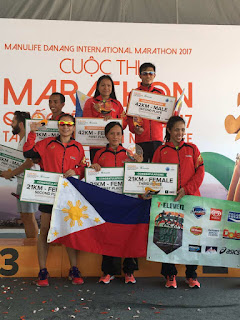 Lany Cardona of Pangasinan cruised through the 42km race to land as the champion of the women’s division, finishing the course in 03:27:26 while Rafael Pescos of Cebu finished second in the men’s division with a finish time of 02:40:06. Richard Salano, a member of the Philippine Army secured the third spot in the podium of the 21km race with a finish time of 1:20:36 while the trio of Jho-An Banayag-Villarma (01:31:53), Nhe-Ann Barcena (01:37:08) and Ruffa Sorongon (01:37:38) swept the first, second and third spots of the 21km women’s category.
Meanwhile, Lizane Abella (4:20:19) and Azlan Pagay (3:02:06) took the Top 1 honors in their respective age group for the 42km and Kennechie Lorbes (1:49:10) took Top 5 for his Age Group in the 21km race.
“Masaya kami kasi ang 7-Eleven ay walang sawa na pinadadala kami sa ganitong international race.” said Lany Cardona who together with Rafael Pescos were given a slot to race in the Shonan International Marathon happening on December in Kanagawa, Japan with all expenses paid, as part of their prize for winning in the 42km category of this race. 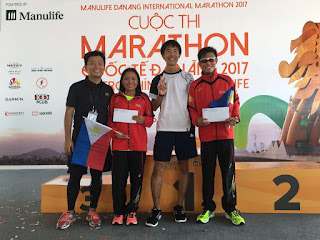 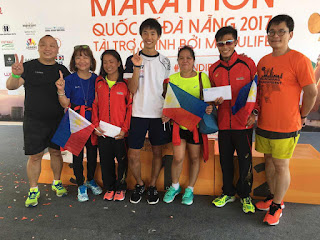 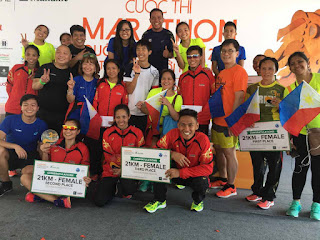 Nine Filipino runners participated in this morning’s race, four of them in the full marathon while five in the half-marathon – a fulfillment of the commitment given by Philippine Seven Corporation (7-Eleven Philippines) to the top 3 (male and female) marathon and full marathon winners of the 7-Eleven Run that was held in the Filinvest City, Alabang last February.

According to Project Head Ms. Michelle Saludes, “We at 7-Eleven want to give Filipino runners not part of the Philippine Team the opportunity to showcase their abilities and be recognized in an international competition.”

Local and foreign participants coming from 50 countries, competed in the Da Nang International Marathon 2017 where the route brought the experience of running through Da Nang’s beautiful coastline passing the bridges across the poetic Han’s river in the middle of the city during sunrise.

This is the fifth year that 7-Eleven Philippines has brought Filipino runners to an international race giving them full support from taking care of all expenses, pocket money and with the help of sponsor Asics Tiger, a complete race suit.

“We will continue to encourage runners who aspire to represent the country in an international competition through the 7-Eleven Run Series which we are planning to expand by having another race in Cebu before the year ends and which will serve as a qualifying race to the 7-Eleven Run happening in Manila next year.” shared Mr. Jose Ang Jr., General Merchandise Division Head.

Posted by Speedy Titan at 11:51 AM No comments: 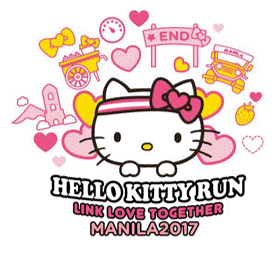 Hi there, Hello Kitty fans! Are you ready to spread love and have fun with Hello Kitty? After visiting Japan, Taiwan, Singapore, Malaysia, Vietnam, Thailand and Indonesia, Hello Kitty is coming to the Philippines through the first ever Hello Kitty Run Manila 2017 happening on October 21, 2017! Let’s have fun with family and friends with the fun run’s theme, “Link Love Together!”

Hello Kitty herself will meet-and-greet friends and fans at a special stage program during the event! There will also be lots of activities and booths where you can get exclusive and limited edition souvenirs and merchandise.

Early bird tickets has been selling from July 1 until August 15; Standard tickets from August 16 to September 15; and Last minute tickets from September 16 to October 15. Register now at www.hellokittyrunph.com!

Sharing some photos in Hello Kitty Run in Bangkok and Singapore 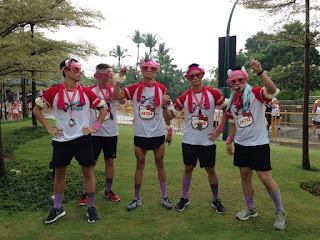 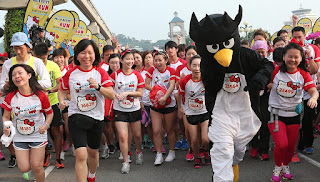 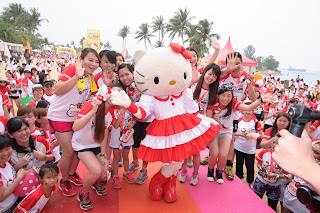 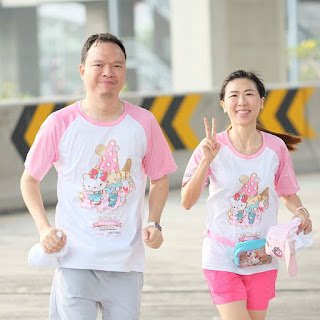 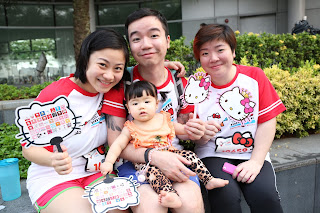 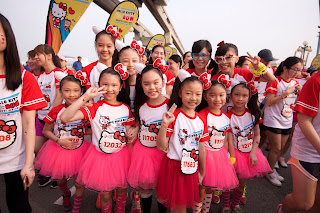 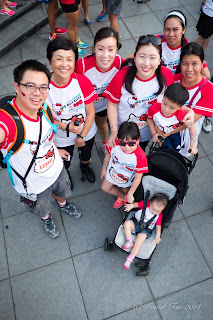 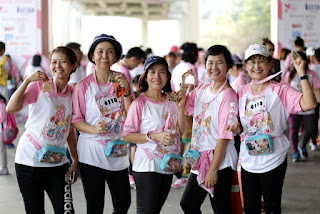 Posted by Speedy Titan at 11:16 AM No comments:

See the dates below for the different elimination legs. The 41st National Milo Marathon will kick off in Urdaneta on July 16. Finals will be held in Cebu. 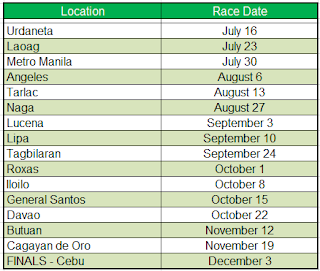 See you at the races!
Posted by Speedy Titan at 11:50 AM No comments:

It is with a heavy heart that we wish to inform you that Legion Run Philippines is CANCELED.

The success of Legion Run relies heavily on the obstacles that have been civil engineered, blueprinted and built by licensed contractors. Unfortunately, these need to be shipped from Bulgaria. We have bumped into a shipping problem and determined that it would be impossible to have the container vans arrive in time for the March 4 event in Greenfield City.

We are saddened that Legion Run won’t push through, but we hope you’ll support us when we’ve sorted things out and hopefully be able to return at a future time.

Speedy Titan
I just like to chill and have fun. Hang out with friends and all that. I get along with all types of people. I love doing things, but going out or staying at home doing nothing may seem boring but it depends on who your with, that one special person can make everything seem fun! It hasn't been a perfect life but I've learned from my mistakes and I know now who I am and what I want in life. In my life, I never tried to impress someone for them to like me because when I do, I will have to keep that image for the rest of my life and it is hard to pretend to be somebody else. I may not be that close to perfection like other people do...but who cares? It is not them whom I live for anyway..what matters is that I know myself and I know how I look like inside out and I'm worth it.